Skip to content
🚀 Building a product and writing about that journey. Working actively on 👉 Bee Informed 🐝 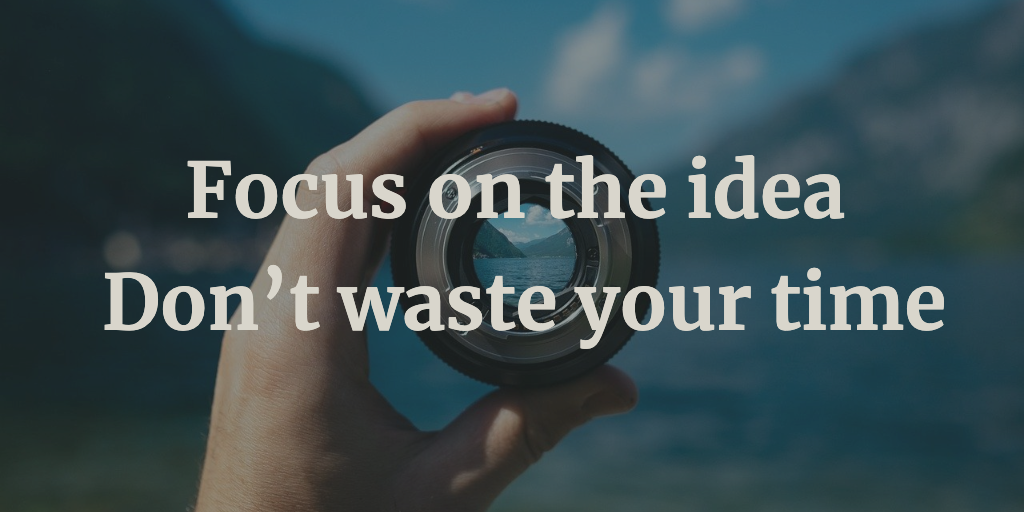 I’ll write down some of my thoughts why I think focus on the idea, the core value that you’re building, is crucial when developing a product. Why we shouldn’t lose time on things that doesn’t increase the value. At the end of the article I’ll provide a list of 300+ tools that can help you save days or even weeks of work. Courtesy of cenario.co/.

You are a developer who had several ideas but abandoned them in the middle of the process. Or even worse. You didn’t even start with it because you were overthinking about things. You have several unfinished side projects. Yes, you. Bear with me till the end, I’ll try to plant a seed in your mind that could result in your idea actually seeing the world.

Focus on how to build instead of focus on the idea is not necessarily a bad thing, but…

As developers, we have to learn constantly. And we have to try things to learn them. New things. Sometimes even scary ones. Starting a hello world side project to learn a technology tends to be boring, and the next thing you know – you’re thinking about some potential idea that could make that learning process attractive. But here’s a trap. You often pour your best ideas into that project. Some ideas that you really believe in. Something that you would like to see one day in action, used by people. Don’t do this! Don’t put your killer idea in the project just to learn a technology. Or even worse a whole technology stack.

We end up in a situation where we have a cool idea in mind, hyped about it, but with every day our enthusiasm is lower and lower. Our backlog is filled with technical tasks.

So, you get a feeling of what I’m talking about. I can tell you from experience, that idea is doomed. Why? Because of the time. Lack of it.

One side will always suffer. Either you’ll repeat some technical tasks (== no new technical knowledge) because your idea requires similar features OR you will making up some features (== no new value in idea) because you want to learn how something works.

To understand what I’m saying: Imagine you need to add another submit form. You already know how it’s done with this technology you’re learning. But for the sake of the idea you need to have few more submit forms. And it tends to be boring. Or another way around, you saw that it is possible to do some kind of cron tasks, and then you sit there and think which feature could you add to utilize this out of the box solution.

How to make this? How do I make something that people want? I don’t know. It’s a million-dollar question. But I do know how you aren’t going to make this – by losing that 90% of the time on tackling technical problems. The end. Period. Full stop.

Ideas in the whole indie hacker world are springing up like mushrooms. And in the same manner, they are being devastated, unproved, gone. People are earning money on thins you could never imagine. Just search on Google “who paid 99 cents”.

I believe we often have ideas that can tickle our minds, thinking how useful would it be, how people would like it, etc., but we won’t end up delivering it if we first think about scaling, making it perfect or the worst part – someone mentioned Kubernetes???

We should be able to launch the idea in no time. Ok, in some days/weeks. But you got the point. I’m also aiming that state of mind.

There’s already an app a SaaS for that

Unless you’re reinventing the payment process – don’t build one from the scratch. Your core idea might involve payments, but there is no value in spending weeks implementing the payment process that will have more bugs and unknowns that it seemed in the first place. You are web dev, I’m sure you know how to build user management, but please don’t! Use the existing tools, there are plenty of them out there. For most of the things, there’s already a SaaS.

Coming from the developer world, it’s understandable that we tend to hack our way. And we’re often in delusion how much something will take. Even worse, we can’t objectively say when it’s too much time spent.

So, imagine a situation where your whole product is stuck because resetting passwords doesn’t work and you’re using customers. Just because of that. And you may not be even aware of that until you had to reset it for yourself. And then you realize how much you’ve lost.

Some of those solutions cost money. But you can weigh and see if it is worth your time and expertise. And do you even have the expertise in that field?

Focus on your core idea, let us see what you’ve built. Launch it.

People from cenario.co compiled a list of Business Growth tools that could help you while building your product. Some of them are well known, some are not. Definitely worth checking. They add information on price, but also a category, so it can help you narrow your search.

Bee Informed – How I pitched my idea for side project

🙋‍♂️ Imagine we met at a conference and I talked about things from this article. You found it very useful and offered to buy me a coffee, so we could continue our talk at a booth, waiting for that next session we agreed to go together. I wouldn't have anything against it. Next time it's on me! 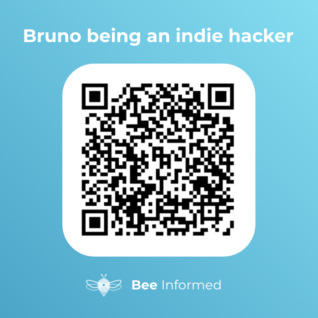